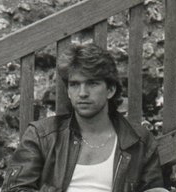 Vietnam was in full throw, Fidel Castro, the Cuban Dictator was throwing his weight around, and President Kennedy was assassinated. Nearer to home we had the Profumo scandal, The Great train robbery and probably the worst bit, Puff the magic dragon was topping the charts. The UK experienced a freezing winter and a roasting Summer, had global warming already started 50 years ago?

However, there was good news on the horizon. The infamous Alcatraz was finally closed down, Martin Luther King announced that “he had a dream” and a star studded cast appeared in the The Longest day, of which it probably was for my Mother! Oh yes, 50 years ago I arrived in a South London hospital. Apparently both my Mother and Father (who wasn’t present at the birth as it was not the done thing in the 60’s) cried.

I assume that this was not with delight but despair at the forthcoming half century of torture which I was to put them through. But I do come from good stock, the likes of William Baldwin, George Michael, Johnny Depp and Brad Pitt are all 63 babies. James May appeared to be the odd one out that year! So some simple mathematics will tell you that with me being 50 in the same year as Trevor Peters Design celebrate their 25th anniversary I must have been a 25 year old slip of a lad when I started the business. The time has certainly gone quickly and if it wasn’t for the fact that I saw my Dad (who is now 91) in the mirror this morning when I was shaving I could have sworn I hadn’t changed at all!